Around Australia in 1 Year!

When I first got to Australia, I flew into Melbourne and checked into a hostel. From there, I would find temporary work for 6 weeks, made enough money to buy a car, and then planned my adventure all the way around the outside of Australia! 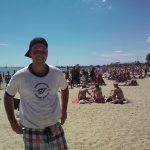 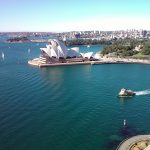 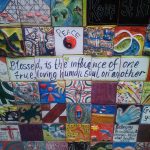 If there is a particular part of Australia you’d like to see, have a look at the Table of Contents on the left hand side! Select whichever destination is of interest to you, and have fun!

Late in 2013, I was working a very good job for a large school board back home in the GTA, when the thought of escaping to Australia for a year was too appealing to me to pass up. I applied for an Australian Working Holiday Visa, got it approved almost instantly, and then made the decision to voluntarily resign from my job. At the time, it wasn't a very tough decision (I guess because I was young and single, with no mortgage and no commitments, really), although I do miss the people I met and worked with there. In December of 2013, I got a flight from Toronto, to Vancouver, and then to Melbourne (from Sydney). It was about 24 hours total flight time... yikes! I arrived and that is when my grand journey began! Over the course of the year, I bought a car and drove 27,000 km around the perimeter of Australia, meeting some very quality folk and seeing some amazing sites! Watch the video below to see some of the things I got up to while in Australia! Gracias!